After yesterday posting a video of myself assisting a beginner to read a simple decodable book, I went looking for similar videos by others. Surely there must be lots of good ones out there on the amazing internets, right?

Well, it was slim pickings, and much of what I found was rather cringeworthy. People showing off their overachieving preschoolers, people teaching in a dull, didactic way and children memorising and reciting books or looking at pictures, first letters and guessing. Perhaps I am not searching correctly, please someone tell me if I'm not.

I found one interesting, 2010 homemade video of a great little kid called Kaylee reading a couple of decodable books to an adult, presumably her mother. They clearly had a nice relationship, and were on the right track from a decoding point of view.

Here's the video, I hope you will just watch Kaylee reading the first book (the first two-and-a-half minutes) and then read on.

This book was at about the right decoding level for a real beginner, despite tricky spellings in the first couple of words. The adult pointed to letters and usually provided sounds, encouraged self-correction and gave clear instructions and some praise.

I would have liked more praise and enthusiasm, and for sounds rather than letter names to have been used consistently. I would especially have liked Kaylee to get credit for knowing that the letter C sometimes sounds like "s", before being told it's "k" in the word "come".

Books are supposed to make sense

However, my main concern about this video was that after listening to the whole book, I still have no idea what it was about, and I don't think they did, either. Kaylee might as well have been reading flashcards or wordlists.

This is a criticism often levelled at decodable books – that they don't contain proper stories, or if they do, the stories make no sense.

Sometimes it's a fair criticism. One of the Sound Out Chapter books, which in general I love and use all the time with teenagers, has a story where a dog sits in the hot sun on a dock, but the next minute there's a thick fog. I'm from Melbourne where we have four seasons in one day, and even I know that doesn't really happen.

Adults can fill the gaps in decodable stories

It's hard to write a riveting story in text that is decodable for real beginners, but it is usually possible to draw on both pictures and text to come up with a plausible or sometimes even enjoyable narrative. 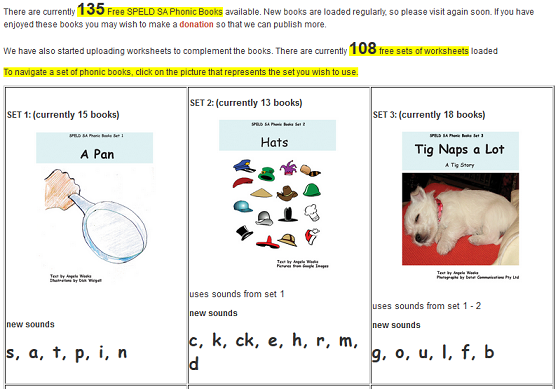 If you just read the words and don't say anything else, it's kind of dull. So when asking a beginner to read this book, I add questions and comments to make it into more of a proper story, with an initiating event, complication, resolution and evaluation, saying things like this:

I thought everyone ad-libbed like this, with exaggerated facial expression and occasional sound effects, when reading such books, but apparently not, at least if Kaylee and her mum are any indication.

The moral of this blog post is that beginners need books containing words they can actually decode, but the words alone may not be enough for an interesting story. However, adults can still flesh it out, ask questions, speculate wildly and otherwise make it fun to read.