The new phonics test, based on one currently used in the UK, would be designed to help teachers quickly and easily identify children who aren’t sounding out (decoding) words well. This is the first step towards helping them.

Scaring the children (not)

Just to give you an idea how intimidating for children this test is, here’s the cover of the latest UK phonics check student booklet: 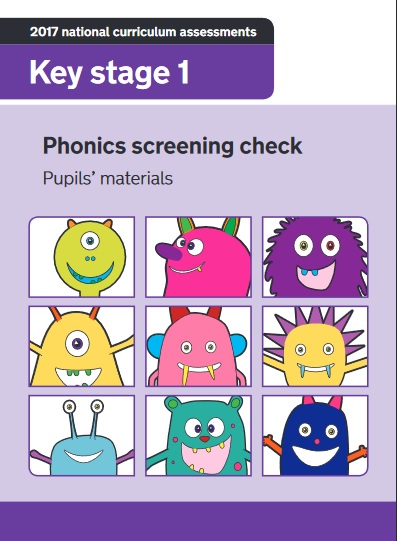 It looks like the authors are more interested in making six-year-olds giggle than in Scary Testing With A Capital T.

The UK phonics check requires a child to read 20 real words like “chum”, “reef” and “short” and 20 nonsense words like “sloam”, “tay” and “scrug” to their teacher. So it’s quick. It’s administered by each child’s class teacher, who’s not scary.

Why are half the words nonsense words?

The nonsense words on the test assess ability to sound out unfamiliar words, which is established best practice in psychometric testing of reading, as well as a key real-life reading skill. The alien pictures make it clear to children which words they won’t have seen before.

At present, many children’s difficulties with sounding out words are masked because they are good at guessing words in the predictable/repetitive texts still widely used as beginning readers (though if I had my way they’d all be replaced with decodable texts).

Many schools still follow the scientifically debunked multicueing approach to teaching early reading, and parents are still often told to “wait and see” long after they have raised the alarm over the widening gap between the reading skills of their child and her or his classmates.

This needs to stop, and I see this new phonics test as part of the strategy to stop it. If you aren’t measuring it, you aren’t managing it.

On types of phonics and the point of the test

There was an article in The Conversation yesterday called New phonics test will do nothing to improve Australian children’s literacy, by University of Canberra Education academic Misty Adoniou, which also appeared on the ABC website. Late at night at the tired end of Term 3, I really don’t know where to start in responding to the many things in it that made me go “pardon?”, but here are three things.

Dr Adoniou writes that none of the three major National Inquiries into teaching literacy “have found any evidence that synthetic phonics approaches are better than analytic phonics approaches, or vice versa”. So perhaps she skipped the bit at the top of p4 of the UK Inquiry report that says “Despite uncertainties in research findings, the practice seen by the review shows that the systematic approach, which is generally understood as ‘synthetic’ phonics, offers the vast majority of young children the best and most direct route to becoming skilled readers and writers”.  Page 35 of the Australian report also says that the “findings from the seven-year study undertaken by Johnston and Watson clearly indicate the superior efficacy of synthetic phonics instruction, and are worthy of mention here.”

Dr Adoniou also writes, “Synthetic phonics starts with letters which the children learn to match with sounds. The meaning of the words are irrelevant, and indeed, inconsequential.”

The synthetic phonics I use actually starts from discriminating speech sounds (phonemic awareness) in meaningful words, and then maps letters/spellings onto them, following the basic educational principle that one should work from the known to the unknown.

I’ve never heard anyone advocating synthetic phonics say meaning is irrelevant. Reading for meaning is the aim. Phonemic awareness and phonics are essential tools which allow children to achieve that aim.

Finally, Dr Adoniou writes that “20 of the (phonics test) words the children are given are nonsense words, like “thrand”, “poth” and “froom”, to ensure they are not using meaning to decode the words”. Well, yes. That’s the point, to ensure children can identify spellings (graphemes) and map sounds (phonemes) onto them, then blend these into words. That’s what decoding is, and it’s absolutely necessary, though not sufficient, for skilled reading. The Simple View of Reading, which does stack up with the reading research, makes it clear why.

It’s late and I’m tired, and I don’t have time to go through the rest of the article in detail, though I was amused to note that one of its links to “Research in England” takes you to this screen: 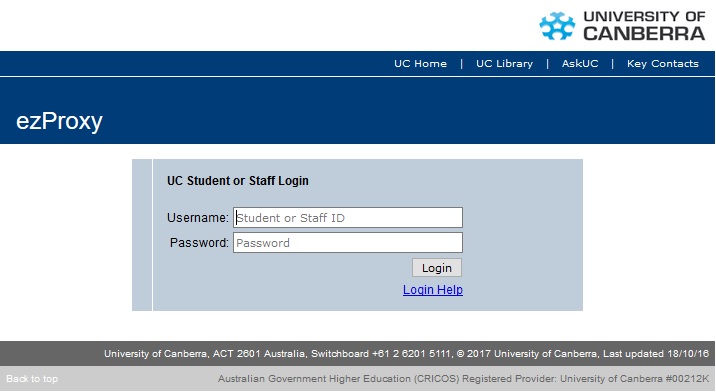 So maybe it was late and Dr Adoniou was tired when putting her article together too, and maybe the TC sub-editor had the flu. Sigh. We all need a holiday.

The UK phonics check materials are available free online, so anyone in Australia can download and try them any time. Many forward-thinking Australian teachers already use it.

I hope all the Year 1 teachers you know are willing to give it a try, and that they are pleasantly surprised at how quick and easy it is, and how much useful information it provides about their students’ ability to sound out words.