For a while I’ve been trying to think of a good way to represent individual sounds in words  (phonemes) in a video.

First I tried using my toy fruit and vegetables. These showed nicely that actual productions of a phoneme (allophones) can be slightly different. A cob of corn is still a cob of corn, whatever its size or shape. An /n/ sound is still /n/, no matter where it’s found in a word. 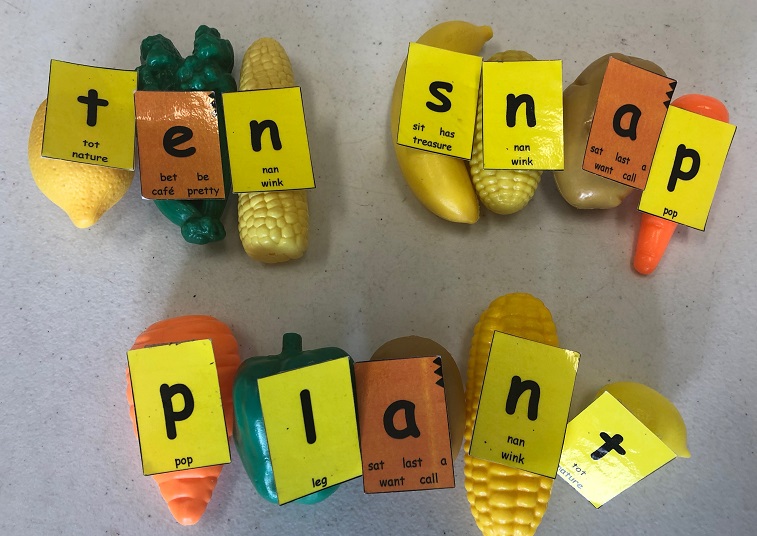 However, toy fruit and vegies are hard to join together and stick letters to, and keep rolling around annoyingly. I tried using linking cubes instead: 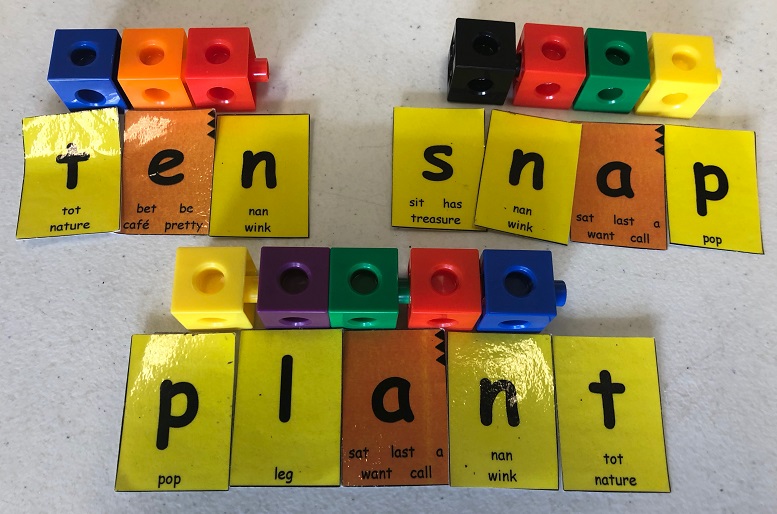 These stuck together well and made a nice, satisfying pop on separation, but I realised they were too small for my moveable alphabet pieces, and too uniform and neat.

I needed something a bit messier that could be smooshed together, and that would allow me to show similarities and differences between sounds, e.g. voiced and voiceless consonant pairs: 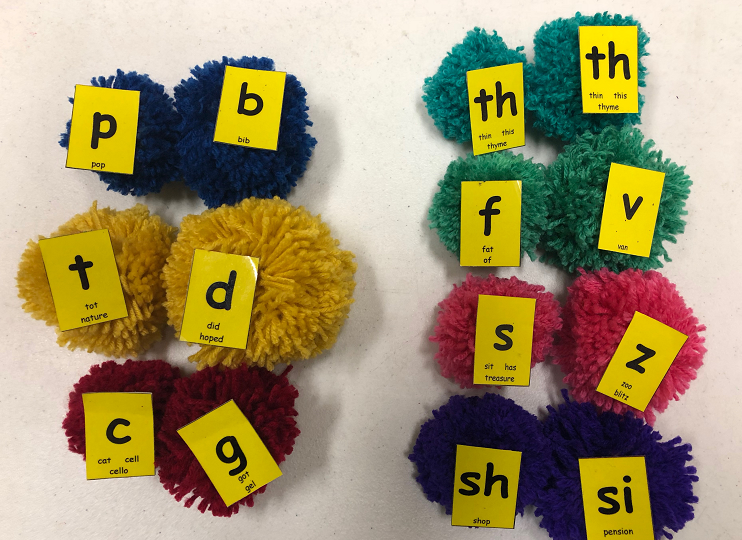 Affricates, which are a combination of a stop sound and a friction sound: 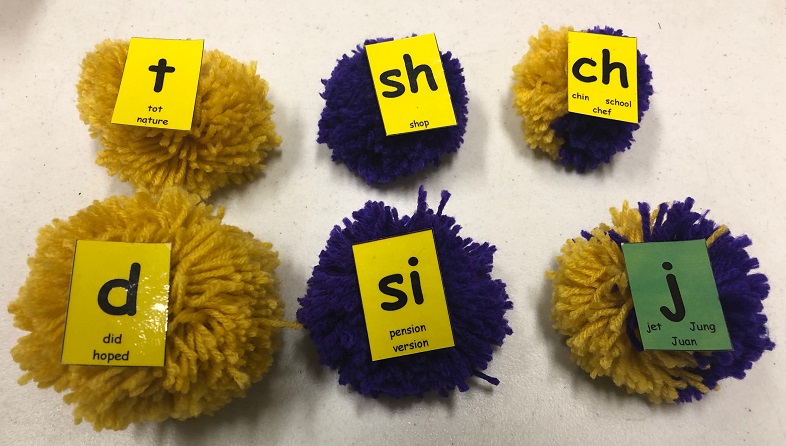 Diphthongs, which are really two vowels (or in the case of “ue” as in “due”, a consonant and a vowel), but for spelling purposes it’s easiest to treat them as single sounds: 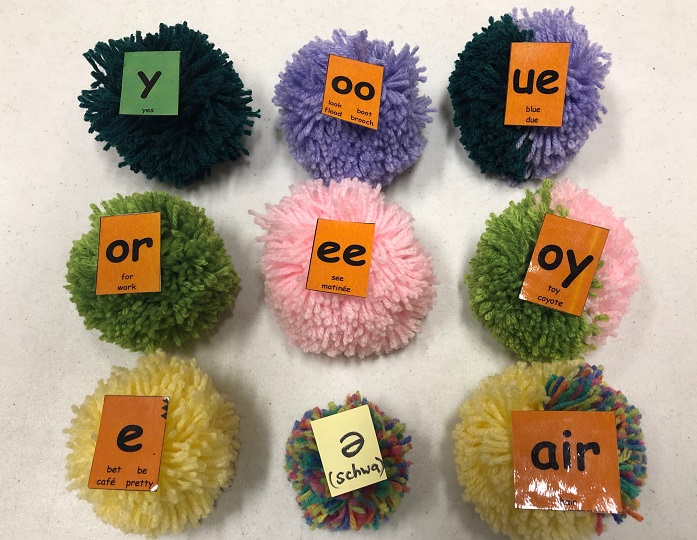 Anyway, it’s winter here in Melbourne and the pom-pom is back in fashion, so I’ve settled on using pom-poms in my video. I hope you like it and it makes sense. Here it is.