There’s a new set of downloadable phonics playing cards in the Spelfabet shop, including a couple of free decks. These add a few new sound-spelling relationships and syllable types as well as mixing and reviewing patterns covered earlier. Spaced practice, people.

The sequence broadly matches the Phonic Books (last bit of Magic Belt/That Dog, and most of Alba/Totem) and Sounds-Write teaching sequence, but the cards should be able to be used with most other phonics teaching sequences. All four of us at Spelfabet have done some work on these, after Caitlin Stephenson had the original idea.

Use these cards to play any of the games shown in videos in this previous blog post, or any other game you like requiring a standard deck of playing cards.

We’ve also flipped the words on the existing cards, so that whichever way you look at a card, a right-side-up word is at the top (the previous cards had these words closest to you, at the bottom). If you’ve got the earlier version of the previous cards and want the new version, just log in under My Account and download them. Each item can be downloaded three times, in case of computer crashes mid-download. If you’ve used up your downloads, let us know.

Like the previous decks, these decks contain many similar-looking words, and thus reading the words accurately requires learners to pay close attention to all the letters and their order. Here are the kinds of words in each of the 12 new decks, with some example cards: 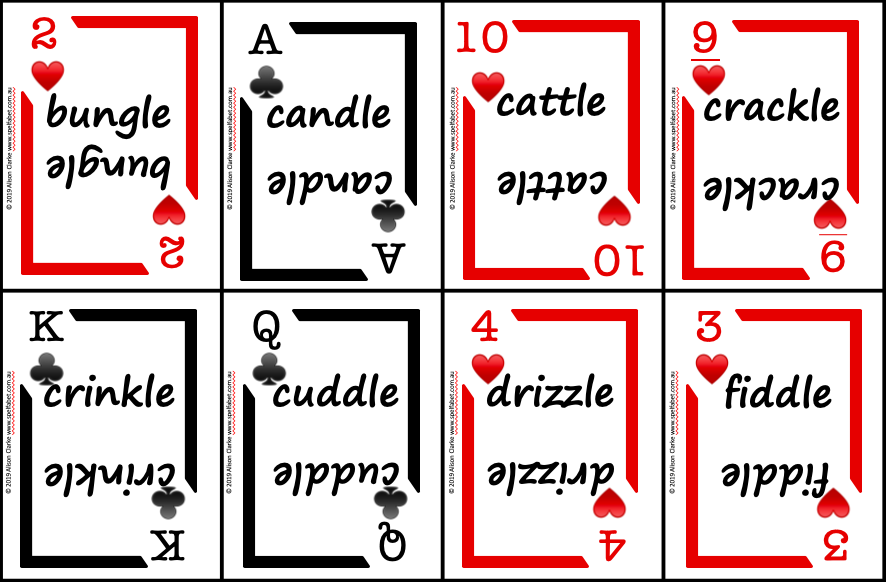 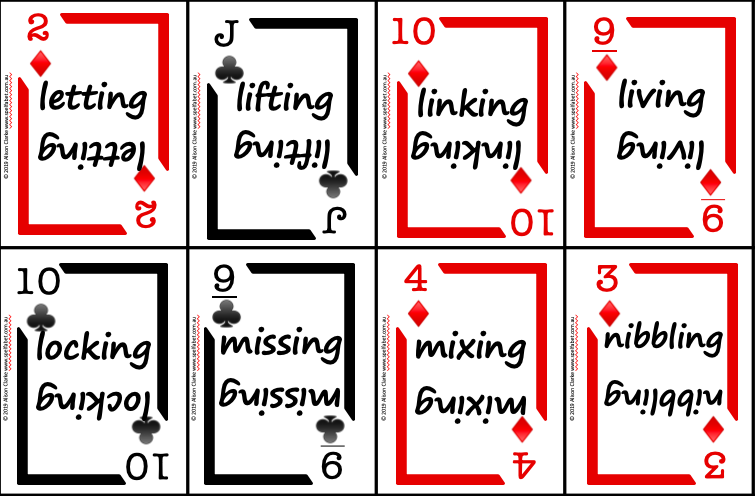 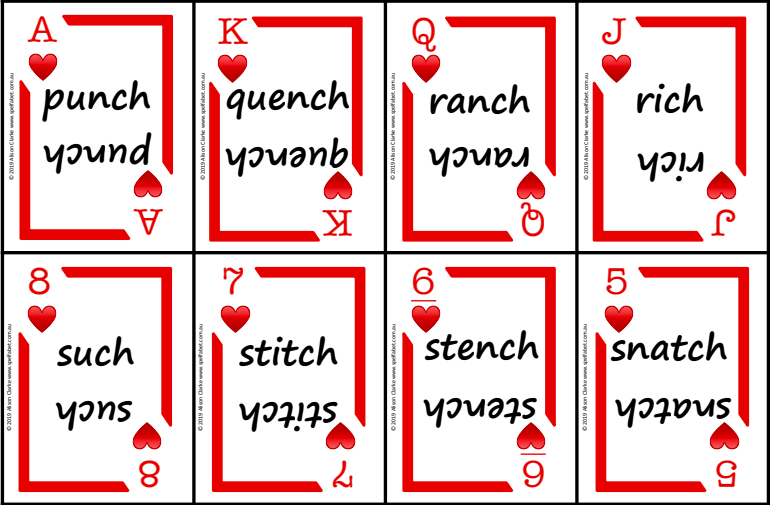 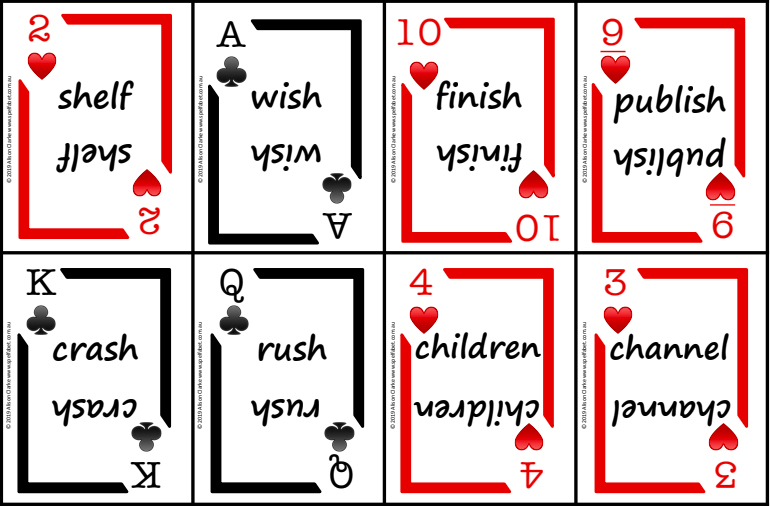 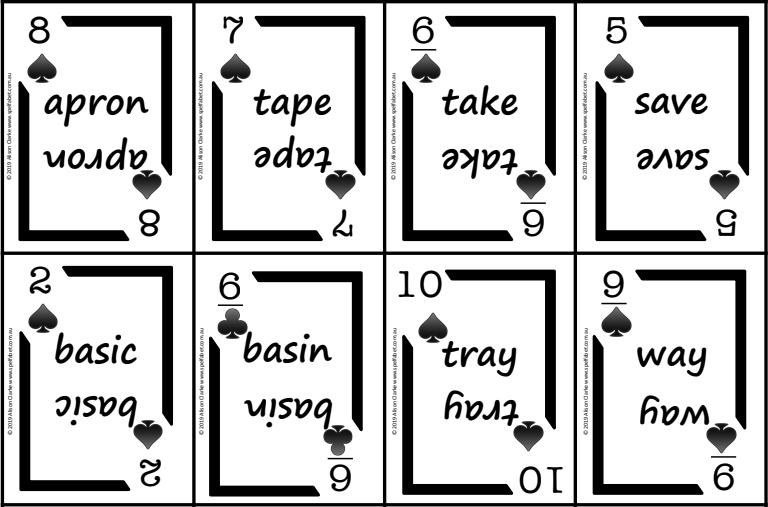 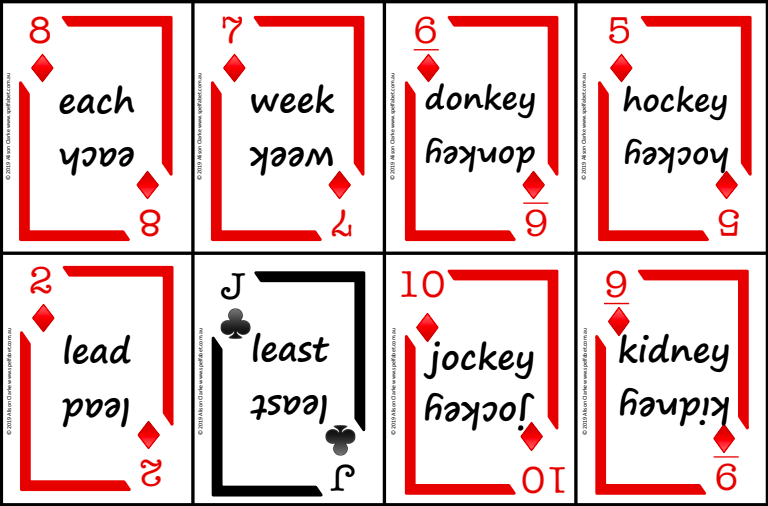 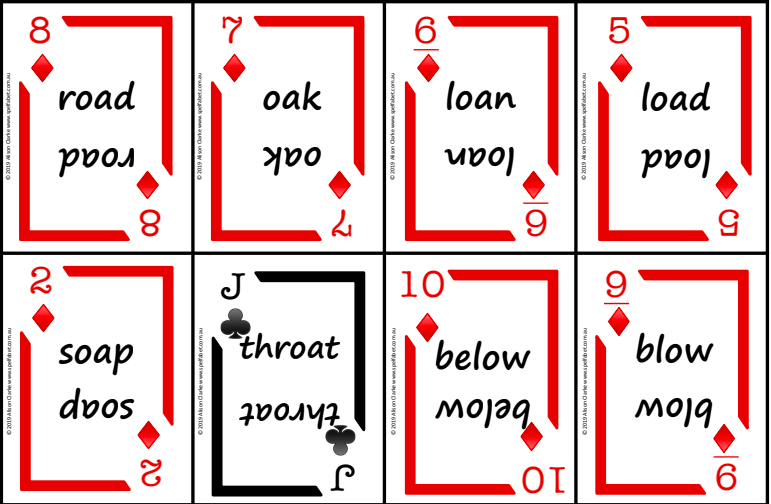 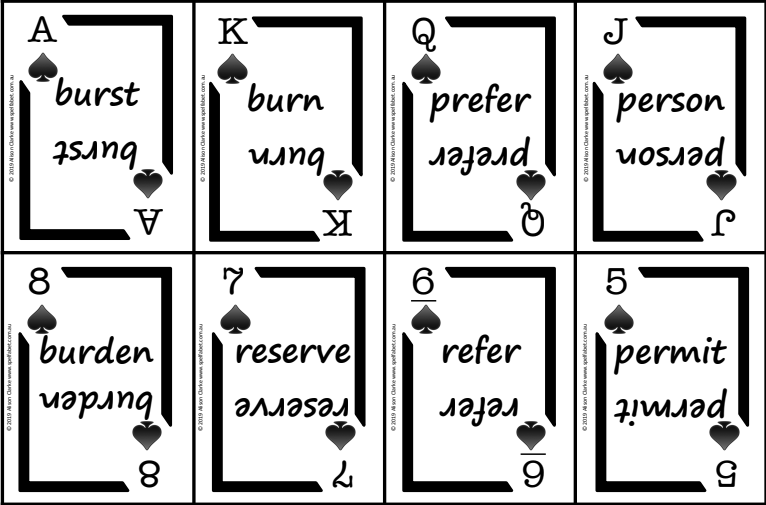 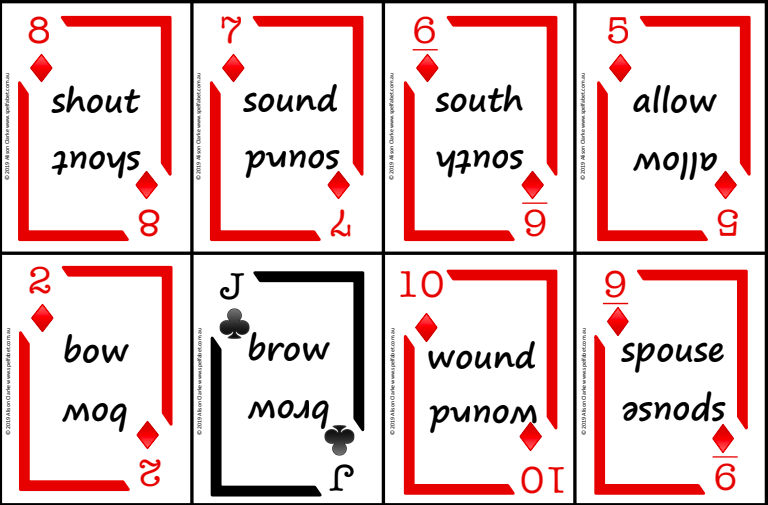 These cards are now in our shop as a full downloadable set for $13.33 including GST, or scroll through the shop’s games section to find particular deck(s). It’s your job to print the cards on light cardboard, laminate if desired, and cut them up (or get the kids to do it). If any get lost or wrecked, just print more.

Please let us know if you have any feedback about, problems with or questions on these cards. We hope you and your learners enjoy them, and use them for lots of high-intensity, well-targeted reading practice which helps lock their patterns into long-term memory.