What are the 44 sounds of English? 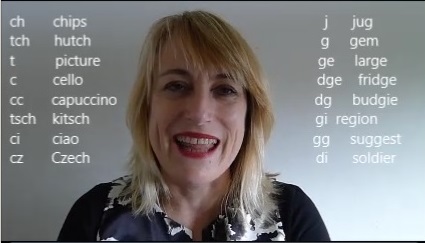 For a long time I've been looking for a good, short, video about the 44 sounds of English, in my dialect, and organised by sound class not alphabetically. I haven't been able to find one, so now I've made my own.

Organising it by sound class provides information that's useful when teaching e.g. there are three pairs of stop consonants (p/b, t/d, k/g), four pairs of friction sounds (th as in thin/th as in then, f/v, s/z and sh/zh as in vision) and one pair of stop-plus-friction sounds (ch/j, because ch = t + sh, and j = d + zh).

The main difference between each of these pairs is that the first sound is voiceless and the second one is voiced.

This helps make sense of some of the sounds kids typically get mixed up, as well as spellings like the "v" sound in "of" and the "z" sound in "is".

I haven't gone into the details of which vowels are monophthongs (single sounds), diphthongs (two sounds) and triphthongs (three sounds) but if you're interested, there's information about them in this earlier blog post.

I've included the spellings of each sound with an example word, but these appear and disappear pretty quickly because I wanted the video to be short. If you want time to read all the words, just hit pause.

I'm hoping this video can be seen by lots of teachers who've never been taught the 44 sounds of English, or how each one is spelt, and that it whets their appetites for learning more about phonemes, graphemes and morphemes, so they can better help learners understand our complex spelling system.

One thought on “What are the 44 sounds of English?”