A lot has been written by philosophers and in Dilbert cartoons about different types of knowledge.

Often these are described using terms like “explicit” versus “tacit” or “declarative” versus “procedural” knowledge. What matters most for spelling?

Explicit, declarative knowledge is theoretical information about a subject e.g. that we use a base 10 number system, and that our Solar System has 8 planets (sorry, Pluto). Libraries, databases and the internet are full of it.

Procedural knowledge is often harder to describe (more tacit) and more practical. It’s knowing how to do something, like tie up a shoelace, play the guitar or ride a bike.

I have quite a bit of explicit, declarative knowledge about how to play brilliant tennis (yes, the Australian Open men’s final is on, but we love both Roger and Raffa, so who to barrack for?!) but despite years of trying (our tiny country town didn’t have enough kids to field a team without unco asthmatic me), I never managed to convert this into much procedural knowledge.

I’ve been nerdily immersed in spelling books lately, and have realised that most books about spelling are full of explicit, declarative knowledge, but aren’t necessarily much help with the “how”, or what we should be doing to build tacit, procedural knowledge of spelling.

Beginners have a problem in English with just having a crack at spelling, because our spelling system is so complex. Just having a go, without plenty of structure and guidance, inevitably means a lot of crashi 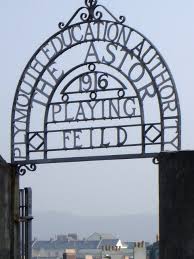 If they make the same mistakes enough times without corrective feedback (which is out of educational fashion, even though we know it’s hugely effective), they get quite fast and automatic at spelling lots of words wrong.

So the clever teacher needs to be able to provide them with activities that minimise mistakes while maximising correct spelling practice, till they can get over the hump of not knowing enough code to be able to start writing what they want to write.

Spelling is a language activity, not a visual one

The teacher also needs to know that spelling is not a visual activity. Look, cover, write, check is rubbish. Chuck it out. All those visual copying and memorising activities, chuck them out.

Spelling is a language activity, and for beginners it needs to involve speaking and listening as well as reading and writing, as spoken words are converted into written words. After a while the speaking and listening part gets internalised, but when skilled writers write, brain scans still show their speech centres lighting up. 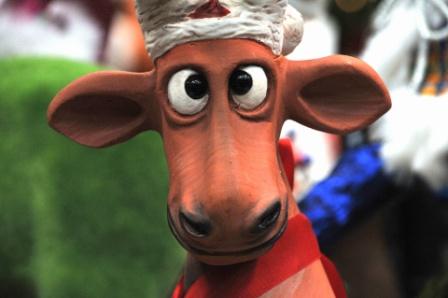 It would be nice to be able to teach learners declarative spelling knowledge first, in the same way beginning tennis players are taught to keep their feet moving, hit with the whole body not just the arm, watch the ball all the way onto the racquet, etc.

The problem is that much declarative knowledge about our spelling system is couched in sentences that seem designed to make even adults’ eyes glaze over.

I have a book called “Spelling English” here, which says things like, “Before a suffix beginning with a consonant, a word ending in double l usually has one l omitted”.

Got that? Me neither, unless I go back and reread it slowly and think for a while.

The book doesn’t add the last part of this story, which is that Americans write spell-spelled, smell-smelled and spill-spilled, and words like instalment and enrolment with double l (installment, enrollment). Since in Australia we have books in both UK and US English, this can be mighty confusing.

This kind of stuff seems designed to make teachers throw their hands up in despair about being able to teach spelling in a patterned way, and go back to asking kids to rote-learn high-frequency word lists or vocabulary lists, cross their fingers, and hope they’ll figure the rest out by reading a lot.

I don’t know about you, but I find the examples in spelling books a whole lot more enlightening than the explanations. and I’m not a little kid who can’t yet understand long, complex sentences. Most little kids, and kids with language difficulties, simply can’t understand the language of spelling rules. They’re too full of complicated stuff like “before” and “unless” and “only if”. 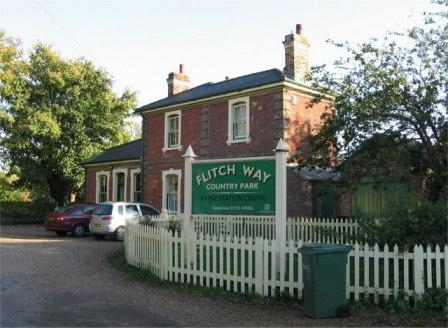 If you ask them to write words they’ve never heard of like “flitch” (a slab of timber cut from a tree trunk), they correctly write FLITCH not FLICH.

When you ask them why they put TCH not just CH, they say they don’t know, it just seemed right. Classic tacit, procedural knowledge. They just know how to do it.

The interesting question, then, is how they got to the point of knowing how to do it. Have they forgotten being taught as children (I quote again from Spelling English) “After a vowel consisting of a single letter, tch is the spelling (of ch). For example: catch, match, watch, fetch, hutch, witch, scratch, hatch, hitch. But some common words are exceptions. For example: such, much, which, spinach, sandwich, ostrich, attach, detach, rich”? A total of nine example words that follow the rule, and nine that don’t. Hmmm.

If they were taught spelling rules as kids, they probably didn’t understand the rules themselves very well, but  learnt by noticing and applying the pattern in example words. Not just noticing what the pattern looks like on the page and how it feels to write with your hand, but what it sounds like, and how it feels in your mouth when you say it. The spelling “tch” typically goes after “short” or “checked” vowel sounds (as in batch, wretch, hitch, hotch-potch, hutch and butch), which are first and foremost mouth-and-ear things, not on-the-page things.

Spelling starts in your mouth and ears

Spelling is a process of turning spoken words into written words, so the place to start learning about spelling is in your mouth and ears, where spoken words hang out. Too often, and in too many spelling books and (inevitably unreliable) rules, we try to work backwards on spelling, from letters to sounds.

US neuropsychologist Jeannine Herron wrote what I think is a very nice article about this called “Why Phonics Teaching Must Change”, which is still online here (thanks to Molly de Lemos for the reference, please read it), and which emphasises getting learners to pronounce and segment spoken words into sounds as the starting point which then leads into representing these sounds with letters.

She writes, “Phonics instruction can become more engaging and effective if we teach students to write words before they read them”.  Yay to that, I say. Herron explains much better than I could how starting from decoding rather than encoding is giving children the wrong end of the stick.

I urge you to read her article, including her seven very sensible proposed changes in phonics instruction. It’s brief, clear and excellent, though I think she’s a little optimistic about the spelling complexity of words children want to write (have you noticed how many struggling spellers have names like Siobhan, Phoenix and Saiorse?).

Having to write letters helps you see them more clearly and remember them, and having to say sounds while writing builds the automatic link between sounds and their spellings so essential for fluent writing. Practice with spelling enhances reading, because they are two halves of the same learning task.

Rather than teaching spelling rules, learners can be explicitly taught strategies, from how to segment words into sounds to saying unstressed syllables in a stressed way, as they are spelt (using a “spelling voice”) and paying attention to the end of a base word when adding prefixes and suffixes to words (so you know when to double final consonants as in hop-hopping, drop final e as in hope-hoping, or change y to i as in carry-carriage).

We should better recognise and value procedural knowledge, even if the doer can’t explain their knowledge in a sentence i.e. turn it into the declarative knowledge that tends to be more highly valued in education. I can tie up my shoelaces. Don’t ask me to explain how. If you want to learn, I’ll just show you, then watch you do it and give you helpful corrective feedback.

With enough practice, a skill becomes automatised to the point where there is no need to think about it, you can just do it. You can do it while thinking about other stuff, like what words to use, how to structure the sentences, and what might be the best conclusion to your blog post.

A dear friend of mine was telling me the other day that long after her late father lost his capacity to have conversations, she could still take him out for a drive and he would read all the signs he saw aloud. 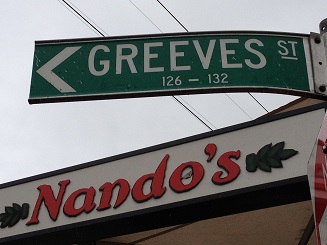 He’d read street signs, shop signs, car stickers, the back of trucks, whatever. He was always a delightfully chatty man, so she found it quite comforting that even though he couldn’t formulate language himself any more, he could still read, and engage with her in this way, and they didn’t have to just sit in silence.

One of the nerdy things I’ve been reading (sorry, I forget which one. Yikes, is this dementia?) also said that spelling is a skill that’s often retained long after other skills are lost, so that a person can still write words even though they may not then be able to read what they’ve written.

Performance is the prize

So, what might be the best conclusion for this blog post? I guess it is that people teaching spelling should worry less about teaching spelling rules (declarative knowledge), and more about doing things that develop correct procedural spelling knowledge. That means organised, linguistic (listening, speaking, reading, writing) practice of spelling patterns till each can be written quickly and automatically in relevant words.

This should be done in a logical, cumulative sequence, from short, simple words to longer, more complex ones, providing lots of immediate feedback that focuses on what the learner has done right, what could be improved, and exactly how to improve it. More like coaching a skill than teaching a body of knowledge, though of course each new pattern is a new piece of knowledge. But there’s no need to describe the pattern in a sentence that may or may not be understood. Just demonstrate it, then do enough practice to establish it in learners’ spelling repertoires.

Do a pattern at a time, give yourselves a high-5, then go off and do something fun, like admiring the magnificent on-court procedural knowledge of the blokes we’ve apparently now merged into someone called Fedal, perhaps so we don’t have to choose. I’m def barracking for him. 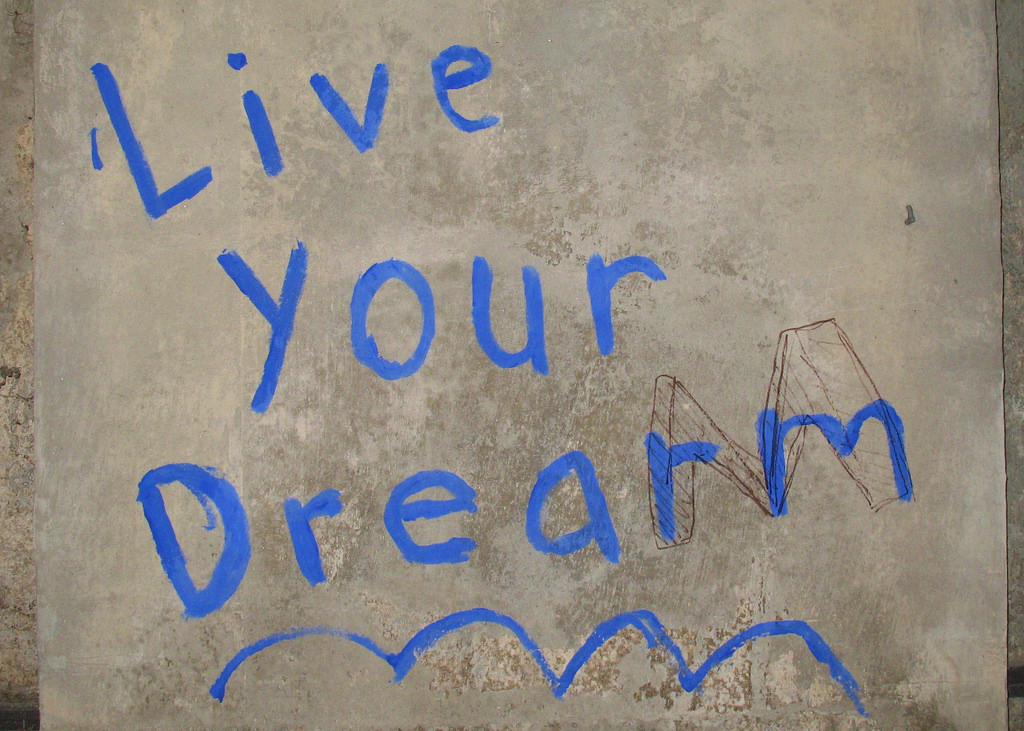 4 thoughts on “What kind of knowledge is needed for good spelling?”